The University of Makeni to have a new communications center 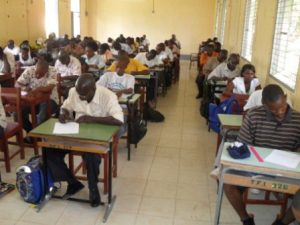 Sierra Leone is an Eastern African country that for years was afflicted by civil conflict, Ebola, and, most recently, covid. Home to almost 9 million people,  it carries the scars of its past as it struggles to fully rise up again, but it does not let this hardship shadow the hope that the younger generations represent.

Many say that young people are the future of their countries, of society as a whole, and of the world. And even if it is indeed in the hands of the younger generations to build a better tomorrow, it is now that we need to equip them to do so. In the case of Sierra Leone, there are voices who are excited to get trained and bring their best to the table to create a better future for themselves and their communities. One of the many ways to do this is by strengthening the communication conditions of the country, which currently sees a lack of information circulation that can reach isolated communities.

Indeed, for decades, the country’s media landscape was dominated by the capital Freetown, leaving provinces underreported. The situation became worst during the civil conflict as media institutions were vandalized and media professionals were attacked, but after 2002 the situation started changing. Over the years, the need for professionally training young people has grown in order to strengthen the country’s media landscape. For this reason, in 2009 the University of Makeni started offering the Mass Communication undergraduate Degree program to train Mass Communication professionals specializing in different fields of communication.

Over 200 students are part of this program, learning about print and broadcast journalism, public relations, communication and development, environmental reporting, following the Pope’s call in the Laudato Si’ encyclical letter, and much more. The goal of the University is to prepare the students at a 360°, and the best way to do so is to have the infrastructure for a communications center that includes radio and television studios, print press, editing, and mastering facilities.

This multi-level communications center is exactly what the University of Makeni is currently working on alongside SIGNIS Services Rome’s, as one of the winners of SSR’s yearly Call for Project Ideas. This new center will equip and train future leaders. Leaders that will promote and implement a common ethical vision for all dimensions of development in Africa, foster civil and peaceful relationships within tribal communities, and strengthen the role of the Church, building equity, justice, democracy, and peace.