Communication center in Togo: rediscovering the local culture and language 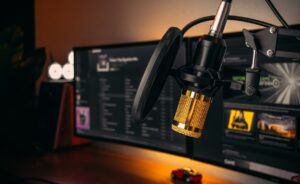 Togo is a West African country with a population of about 8 million people. Its territory includes seven dioceses, among which there is that of Atakpamé. This is the largest diocese in terms of area, which is composed of 8 areas and was erected on September 29, 1964, by Pope Paul VI.

Youth play a fundamental role in the local society: 60% of the Togolese population is composed of young people, so it is very important to consider the needs of this segment of the population when running a local development project. The diocese of Atakpamé has all the means of communication: the most favored means are the pastoral agents who come into direct contact with the people, but beyond that, there is also the diocesan radio Catholic Radio, Radio Maria Togo, and social networks such as the website of the diocese or the Facebook page.

The main obstacle to these means is that they often do not get to cover the entire area of the diocese and therefore, a large part of the population cannot benefit from it. In addition to this, there is a major problem for local youth: they have great difficulty understanding, reading, and writing in the local language. Since they study French at school, they are losing their local language and consequently also their traditions and cultures. Even at the level of evangelization, when it comes to masses in local language, young people cannot understand or read the sermon.

During an interview on SIGNIS With You Live, we spoke with Abbé Hubert Dadale, the shipper of a project that the Diocese of Atakpamé submitted to SIGNIS Services Rome, by participating in its Call for Project Ideas 2020/2021. The project aims at building a multimedia communication center, designed to cope with the issues mentioned above.

The main goals are the promotion of local culture and the strengthening of evangelization: in particular, Fr. Hubert Dadale stresses that “the center is responsible for promoting the learning of the local language, writing and reading”. This initiative will be aimed first at young people so that they can rediscover their own traditions; once they will be trained, they will have the skills to become translators, sensitizers, and promoters of evangelization in the local language. In the end, the entire population of the diocese will be able to benefit from the project, both directly and indirectly.

During the interview Fr. Hubert Dadale seems quite confident about the success of the project: he says that if the stages of the project progress as planned, “in the first months we will start to see young people who express themselves, write and read in their local language”. At the same time, he stresses the importance of considering the preservation of local culture as the central point around which local development projects must be carried out.